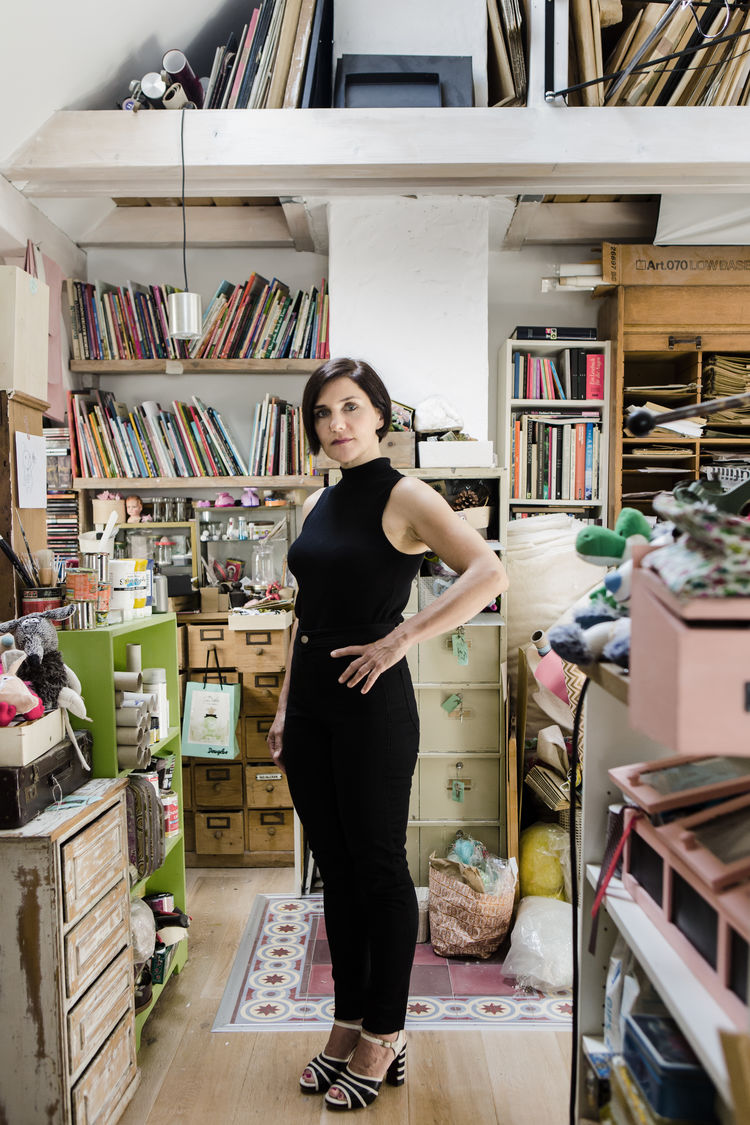 Initially, Manuela Olten wanted to study photography at the HfG Offenbach. After the birth of her first child in 1997, everything changed: »My son brought me to illustration.« Olten developed an interest in children's books: »A new world revealed itself to me.« It didn’t take long for her to find a publisher for her Diplom project picture book Real Guys. The book was published in 2004 and became a great success, followed by numerous translations. Olten received the Oldenburg children's and youth book prize for Real Guys. In addition, she was nominated for the German Youth Literary Prize.

In the meantime, Manuela Olten has realised about 40 children's and picture book projects. »I sometimes did up to five books a year,« she says. In 2016, she reduced the rate somewhat and worked on illustrations for a first-time book. In addition, she designs soft toy animal figures for the confectionery manufacturer Ferrero. She sews the prototypes herself and illustrates the packaging too.
A sewing machine and tools, papers and paints, decorative materials and buttons, folders and books - in Oltens small studio on the top floor of her Offenbach block of flats there are countless utensils.

Here she is undisturbed. Only two budgies provide her with company. »I've always worked alone,« she says. »When I sit here, I am in a small world. I really like it when the space is a bit tighter.« For her work Wooden Theatre, she has been producing seemingly nostalgic figures made of wire and cotton for some time now and sells them on an online shop. It is based on a technique dating from the late 19th century, which she discovered in a book about antique Christmas decoration. Manuela Olten perceives the work on the Wooden Theatre figures as compensation for her orders: »Here I can do what I want.«

The HfG also played a part in the success of Olten’s Diplom project. At the time, the university sent out works by selected students of the faculty Illustration to various publishers. With her Professor for Illustration Manuela Olten felt »well cared for.« It was also possible to study with a child »because one could work a lot from home.« This Professor gave his students the freedom they needed. »We learnt to find our style and he encouraged us all,« remembers Olten. She adds, »It was quite open.« 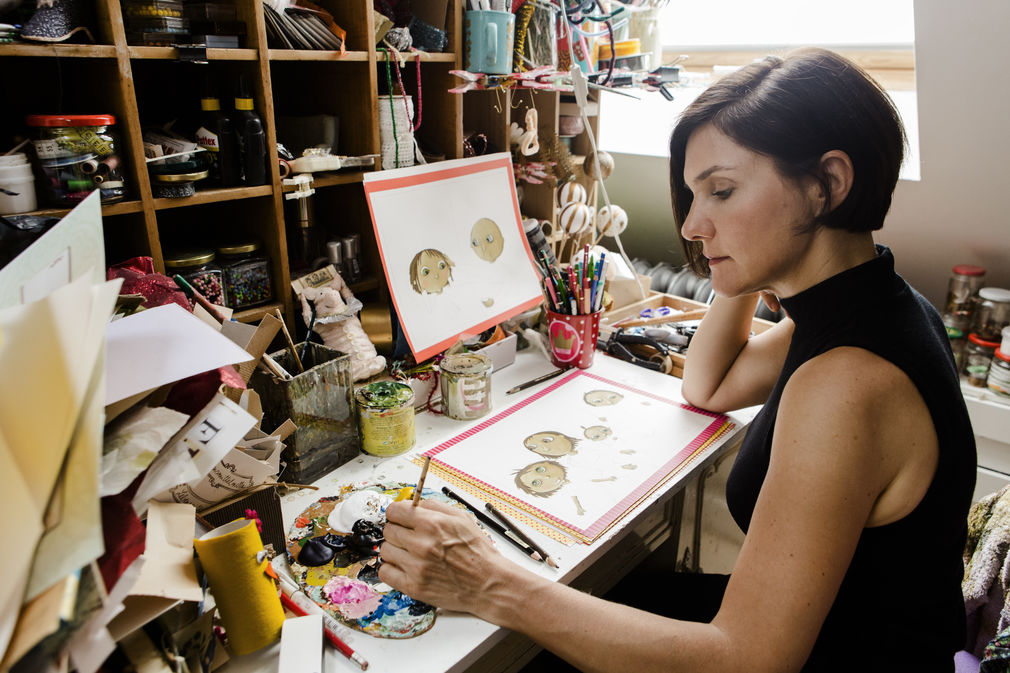