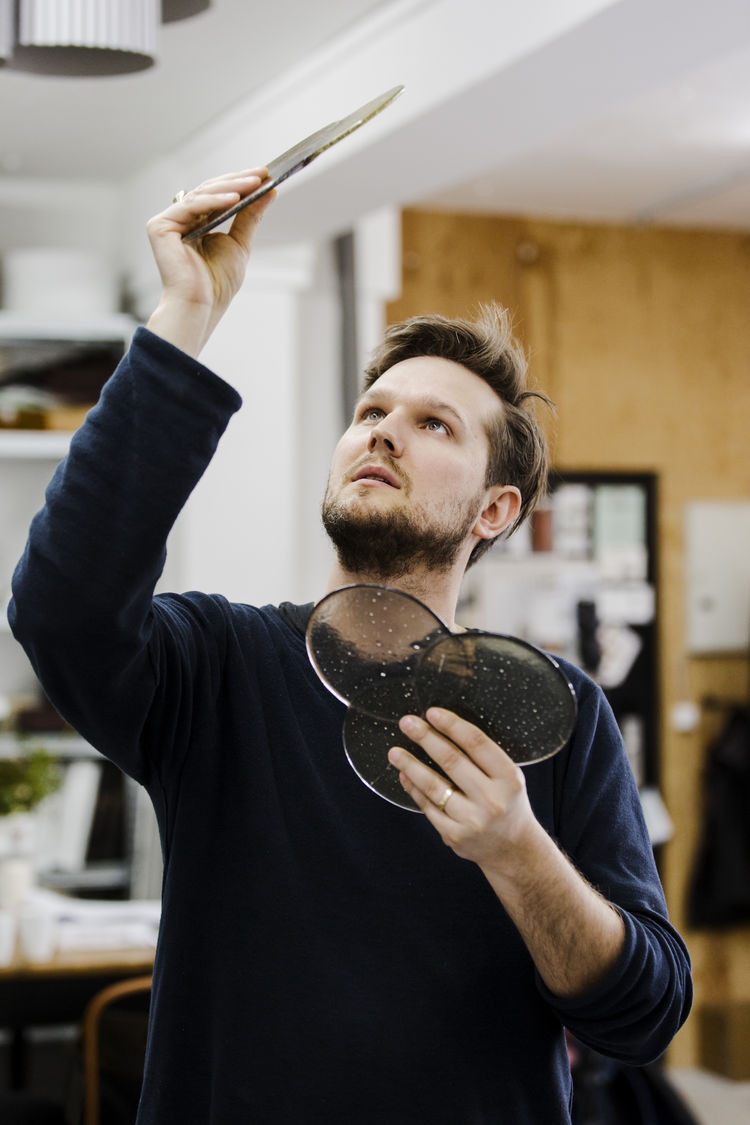 »It's a job that means working seven days a week,« says designer and HfG graduate Sebastian Herkner. He traverses the world for trade fairs and shows. Herkner’s studio is located in an inconspicuous backyard in Offenbach Westend. With three employees, he designs furniture and fixtures, trade fair shows and interiors. He has been self-employed for ten years. During this time he has worked for such renowned manufacturers as ClassiCon, Dedon, Fontana Arte, La Chance, Moroso, Pulpo, Rosenthal and Cappellini. Herkner was awarded the prestigious award Design Award of the Federal Republic of Germany, as early as 2011. With his experimental format concept, The House - Interiors on Stage, he was made an honorary guest at the Cologne furniture trade fair imm Cologne in 2016.

After completing his degree at the HfG Offenbach, Herkner initially worked as an assistant to Professor Peter Eckart. His breakthrough as a designer came in 2012 with the Bell Table, a couch table for the furniture brand ClassiCon, which was awarded the Red Dot Design Award. »The first five years were different from the following five,« he recalls. The success provided him with new opportunities to get in contact with potential customers. He has, however, remained faithful to his approach to design: »we work very much with classical craftsmanship and combine these with new technologies.« Thus the design element still begins with sketches by hand.

Many projects by Sebastian Herkner are characterised by their intercultural perspective. The Caribe series of furniture, for example, was developed and produced in collaboration with Colombian craftsmen. Herkner finds inspiration in travels as well as in Offenbach: »a very multicultural city.« He says of his products: »they are high quality, personal and honest.« Most of them also go for high prices. This could change soon: »we are working on a collection that is affordable, but unfortunately it will not be available until 2019.«

Sebastian Herkner began his design studies (formerly Product Design) at the HfG in 2001. In addition to compulsory courses, he was also able to realise free projects. It was important to have projects with industrial clients, so-called third-party projects, he explains. So he learnt to talk with customers and present his designs. Herkner values the HfG: »the university gives you the opportunity to develop independently, and that is important.« Sebastian Herkner does not regret his choice of studies: »it is a privilege and a work one experiences with a sense of passion.« 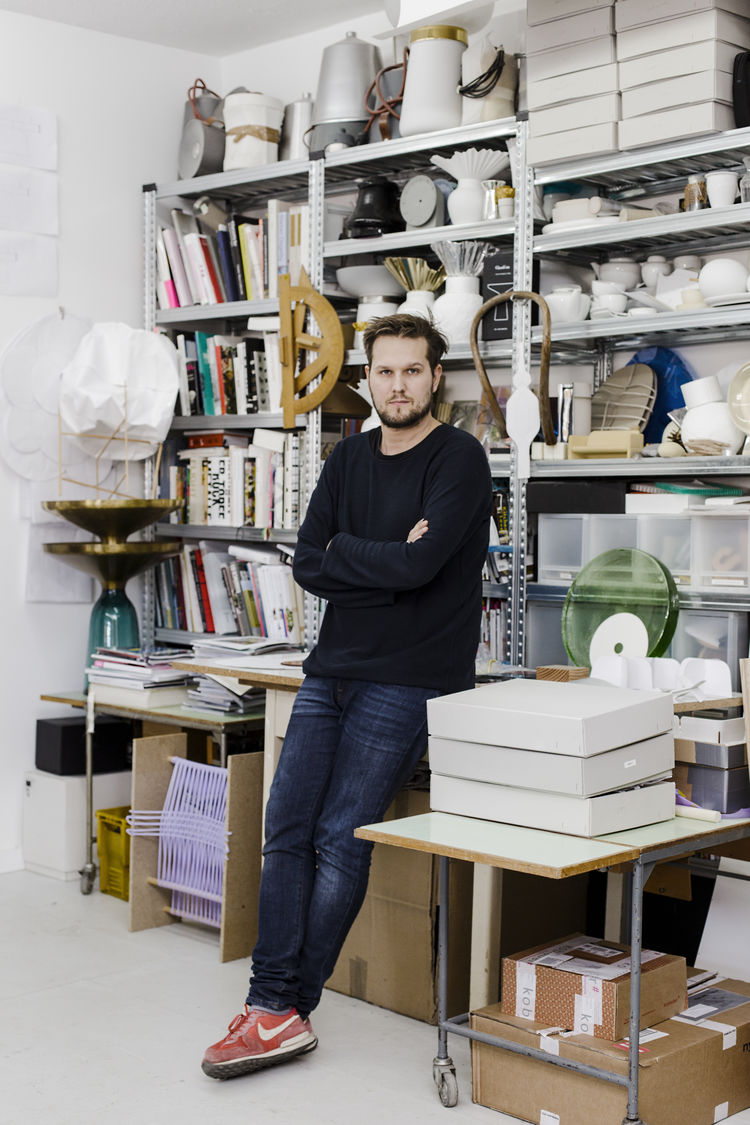