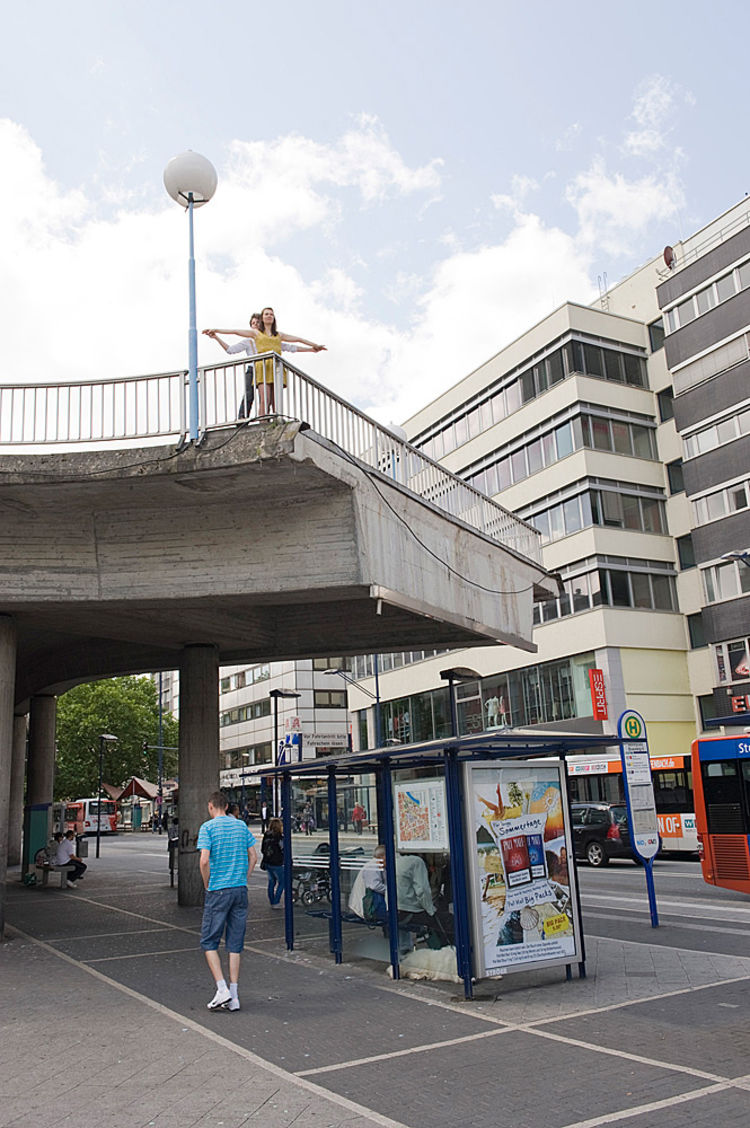 »We never wanted to see ourselves just as artists,« says Wiebke Grösch and Frank Metzger of their interdisciplinary approach. In addition to numerous international exhibitions, they have also had a solo exhibition at the Frankfurt Kunstverein. Their works are found in a prestigious private Parisian collection and in the Museum Wiesbaden. On the former Offenbacher Hafengelände, the Universum lighting installation, created in 2008, is a widely visible landmark. In addition to their artistic practices, Wiebke Grösch teaches graphic design and photography. She is responsible for printing for documenta 14. Frank Metzger is responsible for communication and public relations at the faculties of architecture at the TU Darmstadt and the Karlsruhe Institute of Technology.

The themes of the artist duo living in Darmstadt are urbanity, architecture and public space. They often work with archives. »The form develops from the content,« is the way Metzger describes their working method. As sculptors, Grösch and Metzger are interested in materials and their aesthetic qualities. For a long-term project, they examined the fate of the villages that were created for the Olympic summer games. In so doing, they investigated how these former settlements are used today and who lives there. Their research took them to Los Angeles, where the first Olympic village was built in 1932, to South Korea and Australia. They then developed an installation with their own photographs, text and archival images.

For their show at the Frankfurter Kunstverein (To the People of the City, 2012), Grosch and Metzger researched the exhibition archive of the art institution, which has been housed in the Steinernes Haus (Stone House) since 1962. The resulting installation is sensuous and narrative, full of references to the urban spaces of Frankfurt and to the art of the post-war period. They did not have to give up their artistic autonomy either: »We find commissioned art projects problematic.«

Wiebke Grösch and Frank Metzger were students at the HfG Offenbach from 1991 to 1997. »We studied very broadly,« they say. Art, design and theory were among their interests. Their Diplom was in the field of sculpture. They owe some of their success to the university. »We received a lot of support from the professors,« says Grösch. »The Rundgang (open house) was very important,« adds Metzger. It was there in 1997 that they were able to make contacts in the art world.