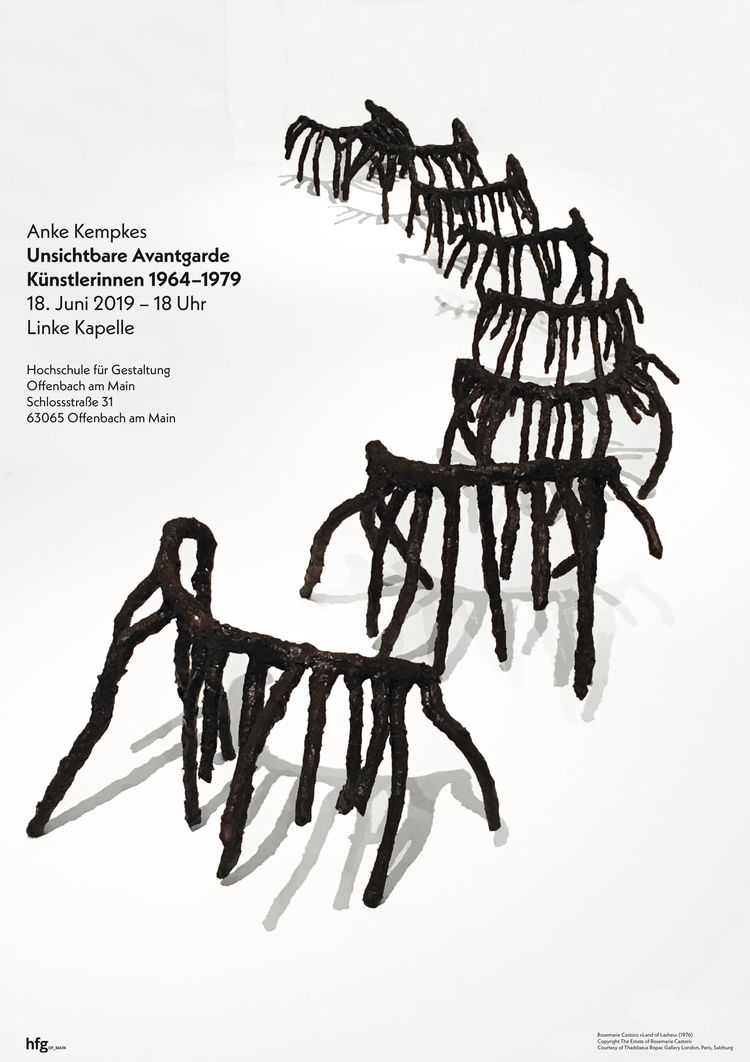 In 1971, Linda Nochlin asked the provocative question: "Why have there been no great women artist?" Nochlin answered this question for the period from the Renaissance to the end of the 19th century, among other things with regard to the exclusion of women from art education. However, it became apparent that even half a century later, when women had access to art education and were able to participate in public life, the work of women artists remained largely invisible. An entire field of the avant-garde thus remained without history. Acknowledging this avant-garde means revising art history. Based on the works of women artists from the US and Latin America as well as the Western and Eastern European post-war modernists, the lecture will make a first attempt at this.

Anke Kempkes is a freelance curator, art historian and author. In 2003 she was director of the Martin Kippenberger estate in Cologne; in 2004 she was chief curator and deputy director at the Kunsthalle Basel; from 2005-2016 she headed the gallery BROADWAY 1602 in New York as well as the research archive "Female Avant-Garde". Since 2017 she has lived and worked in Warsaw; current exhibition projects in London, Paris, Glasgow. Main focus of her work: Feminist art history, theory of the avant-garde.