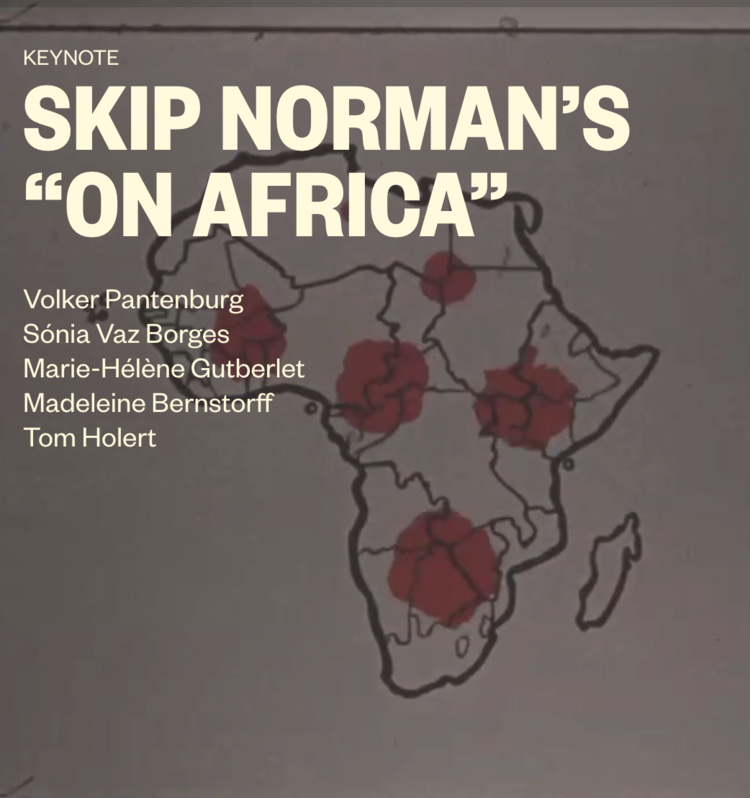 Skip Norman shot On Africa after graduating from the German Film and Television Academy (DFFB), where he was a student from 1966 to 1969. On the level of the image we see tracking shots through West Berlin, information detailing the economic gains of colonialist exploitations, and photographs from West Africa, while the soundtrack shares facts about the continent’s conquest and decolonization. As Norman himself put it: »The starting point is the relationship between Europe’s prosperity and Africa’s poverty; Europe’s destruction of societies and cultures, and the simultaneous use of Christianity and racial theories as justification for a massive exploitation of the colonized.« On Africa was first shown at the Festival in Mannheim in 1970 and then broadcast on television by WDR in 1972. In the autumn of 2020, the Harun Farocki Institut was able to digitize a 16mm print from the archive at the WDR.

Skip Norman was one of the most prolific cinematographers at DFFB and later continued to work as a DOP with filmmakers like Michelle Parkerson and Haile Gerima. On Africa will be preceded by a screening of Their Newspapers, one of the early examples of Norman’s collaboration with Farocki as a cameraperson. The film is a collective agit-prop piece targeting the demagogic Springer Press.