Guest of the Institute of Visual Information Design and Multi-media study at the Tsinghua University, Beijing/China

A Glance at Chinese Occultism through Visual Design

Occultism - commonly regarded as one of ancient cultures which are irrelevant to Chinese modern life. Prof. Chen encourages his group to explore the invisible existence of occultism through visual design, offering audiences an appealing angle for understanding and experiencing Chinese Occultism with their works. In this presentation, Prof. Chen will introduce their progresses from three perspectives: theme, motivation and visual representation. Prof. Chen believes that Chinese Occultism is an immense treasury of traditional culture and values Occultism as a fundamental approach for discovering the relationships between people, nature and universe.

In the last 33 years, the CCTV new year gala is an absolute predominant TV programme in the national audience ratings of China. Fan chooses this program as her experiment of visualization, revealing it's colour composition on chromatography on various timeline as an observation into state broadcasting and clarifying how red the China mass media is. Fan will discuss how the forms of timeline shape our perspective with millions discrete frames of CCTV Gala, left the audience inspired to think about the visual recipes that we are watching. Furthermore, she will display her visualized pieces of thirty three years’s gala program as a critical look at the evolution of national TV language on the move. 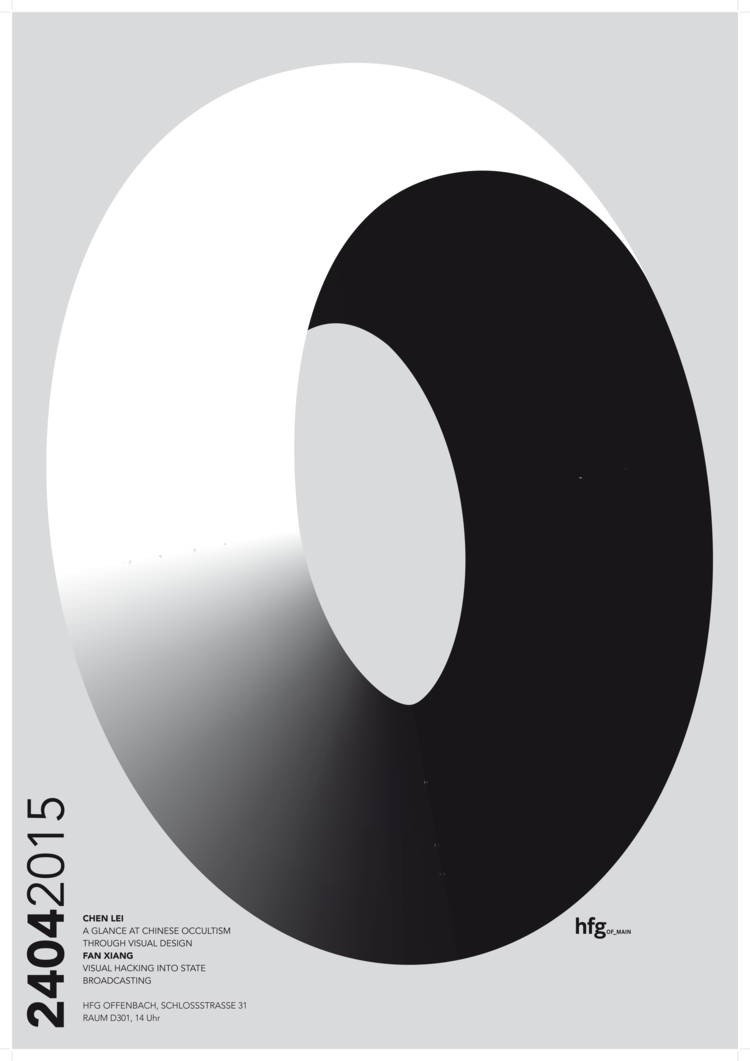