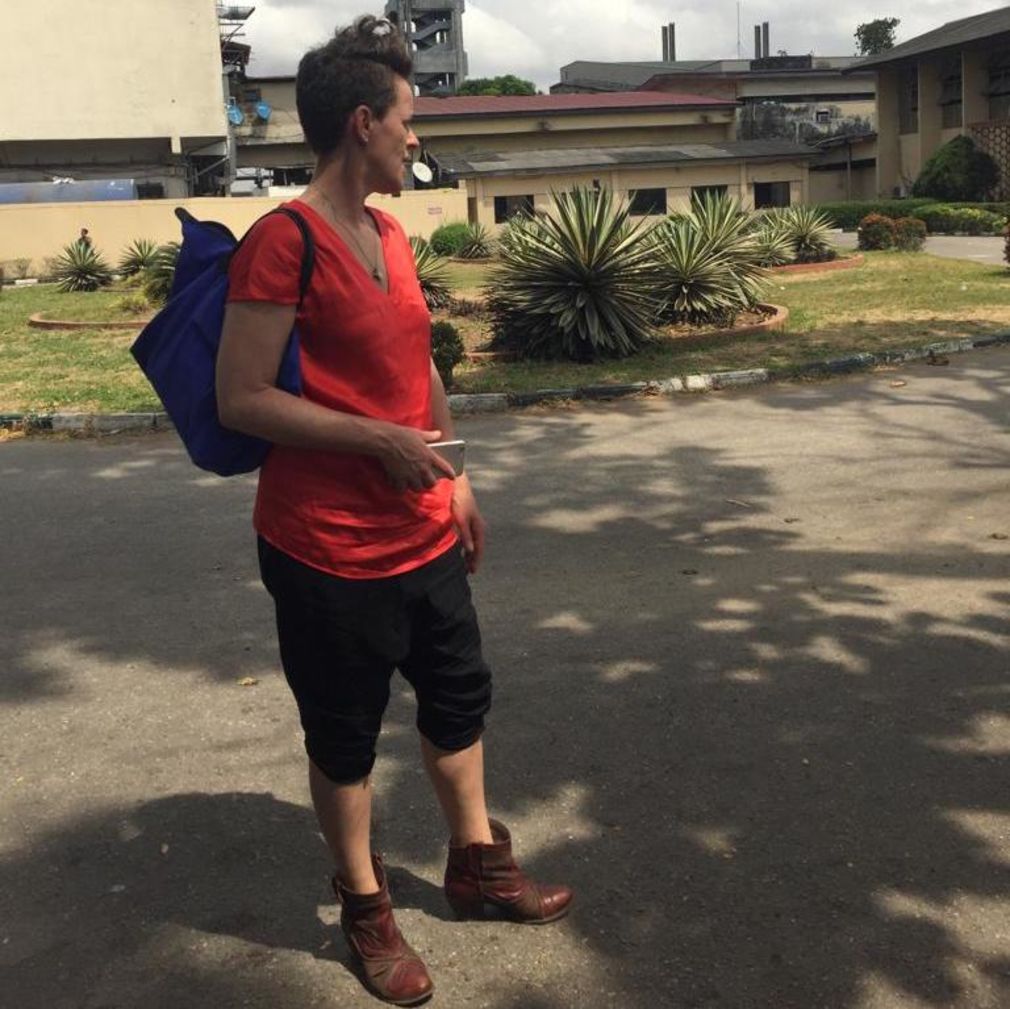 Marie-Hélène Gutberlet studied Art History, Philosophy and Film Studies in Frankfurt and Basel. After almost 20 years of being employed in the film studies sector she has, since 2010, been working as a freelance curator, author and film researcher at the interface between theory, cinema and art, most frequently in a collaborative capacity.

Together with Kathrin Brinckmann and Gaby Babić, Gutberlet curated reel to real, a series of experimental films in Frankfurt, from 2003 through 2013. She also curated, together with Cara Snyman, the exhibitions Shoe Shop in Johannesburg in 2012 and The Space Between Us, which offered artistic takes on mobility and present-day German/African life. From 2013-5, together with Tobias Hering she was Artistic Director of Visionary Archive (Arsenal – Institut für Film und Videokunst e.V.). The archive saw iterations in Berlin, Bissau, Johannesburg, Cairo and Khartoum. She was responsible for initiating the festival and exhibition project Cours, cours, camarade, le vieux monde est derrière toi—The Cinema of Med Hondo (Berlin, 2017-9; together with Brigitta Kuster and Enoka Ayemba) and she is coeditor of the resultant three-volume publication.

Together with Annett Busch (Berlin and Trondheim) she has, since 2017, been developing different formats in a project entitled Women on Aeroplanes, which has stopped off in Berlin, Lagos, Bayreuth, London, Warsaw and Frankfurt/Main. In parallel with her project work Gutberlet teaches the History of Film and Film Theory at Filmakademie Baden-Württemberg, the Lucerne School of Art and Design, Goethe University Frankfurt, Braunschweig University of Art et al.) and works as an external supervisor for various artistic research projects at Filmakademie Baden-Württemberg and NTNU Trondheim).

In 2019, Gutberlet was a member of the international jury for Akademie Schloss Solitude.

Numerous papers, essays and contributions in magazines, catalogues and anthologies.