Klaus Klemp (born in Dortmund in 1954), studied Design/Visual Communications at the universities of applied sciences in Dortmund and Münster and received a degree in Design. He then studied History of Art, History and History of Law at Philipps-Universität Marburg, receiving his doctorate after studying under Prof. Heinrich Klotz and producing a thesis on the architecture of the early modern era. From 1988 to 2006 he was in charge of the City of Frankfurt am Main’s culture department (Amt für Wissenschaft und Kunst). He also headed up the municipal galleries at Karmeliterkloster (1988 to 1998) and Leinwandhaus (1988 to 2006); from 2006 to 2012 he was head of exhibitions and from 2013 to 2014 deputy director and design expert curator at Museum Angewandte Kunst, Frankfurt’s museum of applied art; since 1998 he has been a lecturer in Design History, Design Theory and Public Design at Akademie der Bildenden Künste (AdBK, the Academy of Fine Art) in Nuremberg, at Hochschule RheinMain (HS-RM, the RheinMain University of Applied Sciences) in Wiesbaden and Würzburg’s University of Applied Sciences; since 2008, Adjunct Professor at HS-RM in Wiesbaden; from 1995 to 2005 a member of the Executive Board at the German Design Council, since 2010 a member of the Board of Management at the “Dieter and Ingeborg Rams Foundation”, a member of DDC (Deutscher Designer Club) and a member of the Advisory Board at GfDg (German Design History Society). Since the winter semester of 2014 he has been Professor of Design Theory and History of Design at HfG Offenbach whilst remaining Head of Museum Angewandte Kunst in Frankfurt.

Less and More. The Design Ethos of Dieter Rams

Brazilian Alexandre Wollner studied at Hochschule für Gestaltung in Ulm from 1954 until 1958 at the invitation of Max Bill. After returning to Sao Paolo, he founded the first modern studio for visual design in Brazil. Wollner played a central role in establishing a Brazilian strand of graphic design that has emancipated itself from American paragons. He did so as a teacher at the academy in Rio de Janeiro, newly instituted following the example set by Hochschule für Gestaltung Ulm, but most of all with his own studio. The exhibition first introduced the European public to the work of the South American pioneer.

View of the exhibition through the interactive mirror object by Alnoor design, 2012

The exhibition »C’est pas mon genre! On women. Design from France« came about in cooperation with the École supérieur d’art et design Saint-Étienne (ESADSE). The exhibition presented objects and graphic works by young French male and female designers, many of which played with gender specific clichés in ironic and joyful ways. Other works in the exhibition dealt with more problematic topics such as male violence towards women, prostitution, unwanted pregnancy or predominant gender roles. The exhibition was organized in collaboration with academy tutors Marc Monjou and Rodolphe Dogniaux.

Less and More. The design ethos of Dieter Rams

Dieter Rams is one of the pre-eminent industrial designers of the 20th century, both by virtue of his numerous designs for the firms Braun and vitsoe as well as through his qualities as the leader of a highly motivated team. In this way he has made the Braun brand an icon of design history. The exhibition »Less and More. The design ethics of Dieter Rams« was developed as a German-Japanese cooperation project and was shown in Osaka, Tokyo, London, Frankfurt, Seoul and San Francisco.

Discussion event on the exhibition in Frankfurt: from left to right Klaus Klemp, Dieter Rams, Till Schneider, Fabian Wurm

symposium at Musashino Art University on occasion of the exhibition at Fuchu Art Museum, Tokyo, 2009

View of the exhibition

fragile – the tsar’s table and the revolutionaries’ porcelain

In 2008, the dual show »fragile – the tsar’s table and the revolutionaries’ porcelain« at Schloss Bad Homburg and Museum Angewandte Kunst Frankfurt for the first time showed extensive parts of the Kuskovo Russian State Porcelain Museum collection, which is located near Moscow. The display was structured to communicate both the complex historical and political contexts as well as the different levels of perception and semantic connotations of porcelain (space, body, surface, symbol, sound, interaction and performance) was developed together with Moscow architect and exhibition designer Yuri Avvakumov.

The exhibition »Korea Power« first provided an overview of Korean graphic and product design for a German audience. This included a comparative photo project by Dieter Leistner on the city spaces of Seoul and Pyongyang.

Large format works by Tatjana Doll in the exhibition

In 2011 an invitation to curate the inaugural exhibition at Gallery White Block in Seoul was received. Works by Tatjana Doll, Eberhard Havekost and Anton Stankowski were shown.

Plan for space and hanging at the gallery 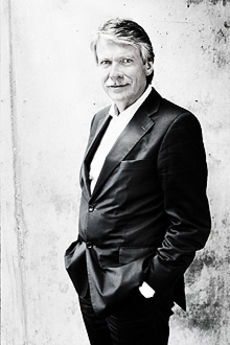 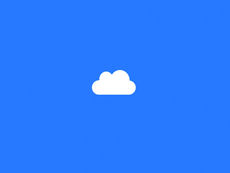